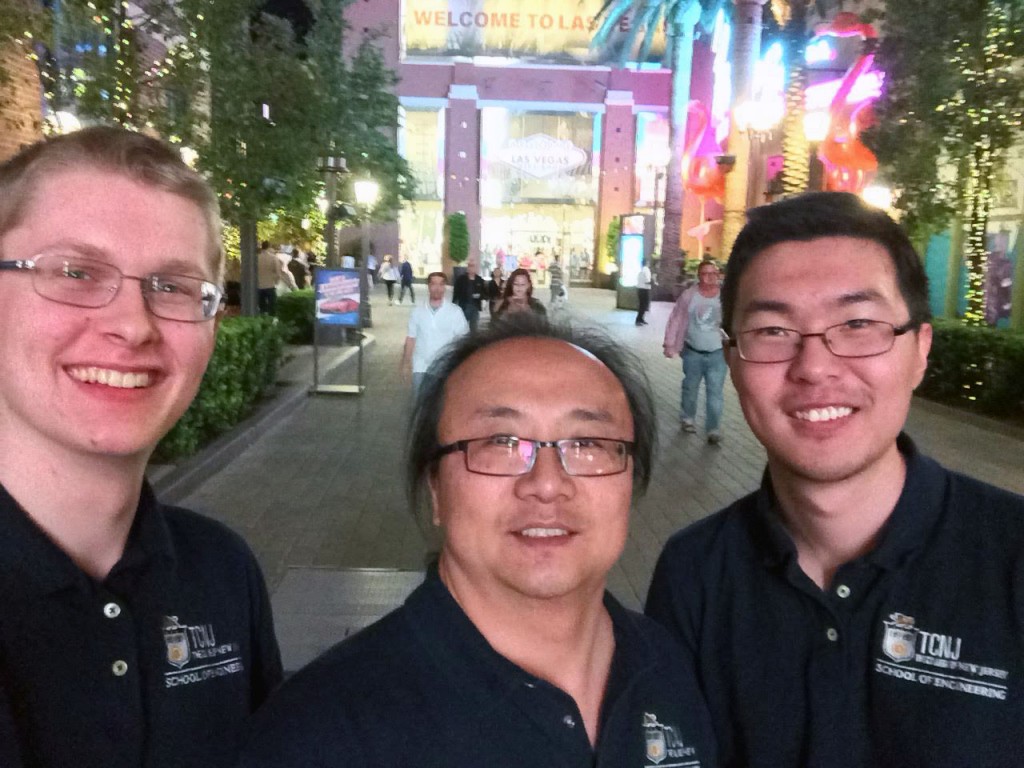 Their paper was about the 15 NAO robots (https://www.aldebaran.com/en/cool-robots/nao/find-out-more-about-nao) in Dr. Kim’s lab called the Collaborative Robotics and Intelligent Systems (CRoIS) lab. The paper describes how a team of fully autonomous humanoid robots (NAOs) can play a soccer game by communicating each other. In this paper, they developed efficient algorithms to receive and pass the ball to an ally, modeled it using Fuzzy Petri nets, and simulated it using the YASPER Petri net simulation tool. As a result of modeling simulation of their proposed algorithm, it shows clearly that the proposed algorithm has a markedly higher success rate (about 11%) than randomized play (also approximately 25 units cheaper in a processing cost). 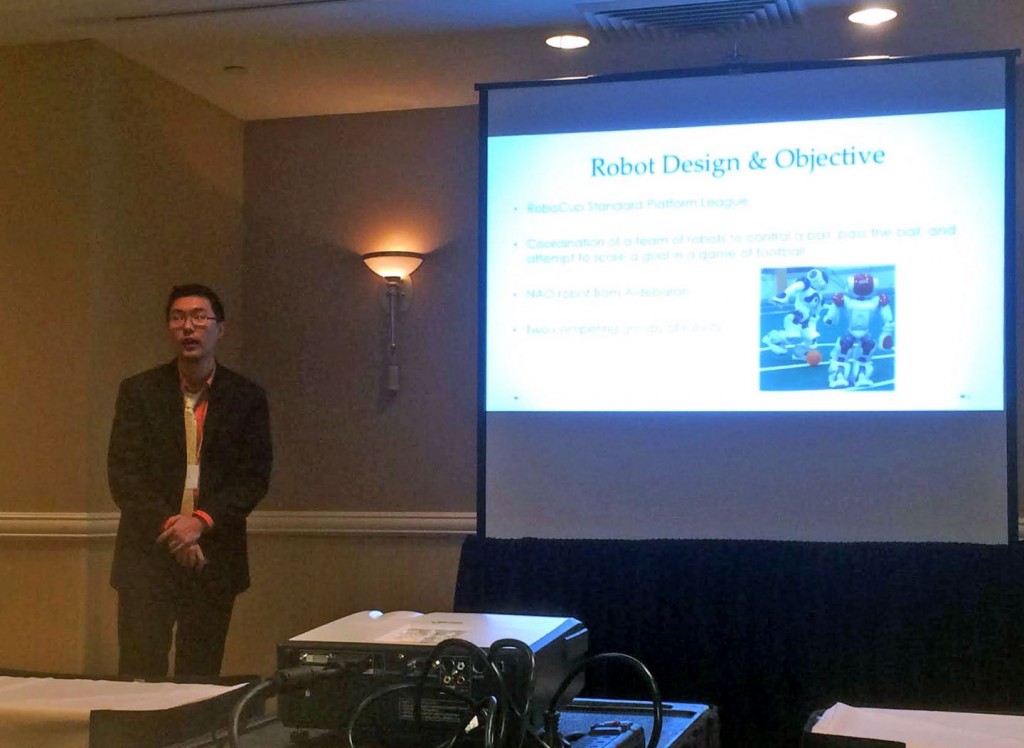 The keynote speech at the conference discussed “Research Challenges in Intelligent Robotic Systems: From Evolutionary Methods to KASER’s and KANSEI” and was delivered by Dr. Gordon Lee, who is the Professor Emeritus in the department of Electrical and Computer Engineering at San Diego State University.