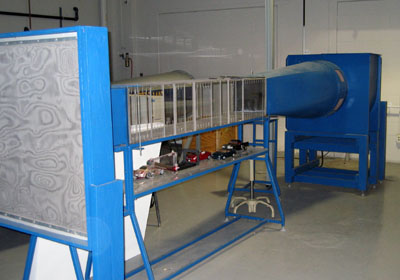 The Thermo-Fluids Laboratory, located in Armstrong 123, houses fluid mechanics, thermodynamics, and heat transfer experiments. These facilities are used for laboratory classes and are also available for use in research by students and faculty.

The lab contains two Flotek wind tunnels. One wind tunnel has a 12” x 12” x 36” test section in which a maximum speed of 120 ft/sec can be achieved. The second wind tunnel has a 6” x 6” x 24” test section and is portable so that it may also be used for demonstration purposes. Students use these wind tunnels for studying flow patterns around objects and exploring lift and drag concepts. Flow around objects is both visualized as well as directly quantified using a laser based Particle Image Velocimetry (PIV) system. Students use the system to differentiate between laminar and turbulent flows as well as to examine complex vortical flowfields behind cylinders and airfoils at high angles of attack. In addition, the wind tunnels are equipped with a force balance for directly measuring lift and drag forces. A seven hole probe can be used for making simultaneous measurements of all velocity components and pressure at a point in a flowfield. 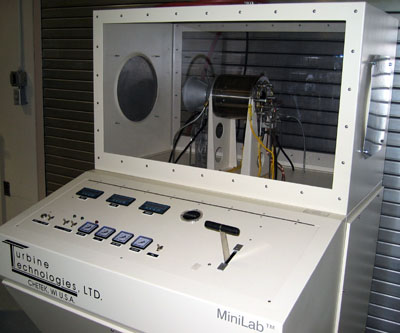 A small turbojet engine is used for introducing students to the operating principles and performance of a model gas turbine similar to the type used by jet aircraft. Pressures and temperatures in the various stages of compression and combustion are measured and analyzed using sensors and data acquisition software. 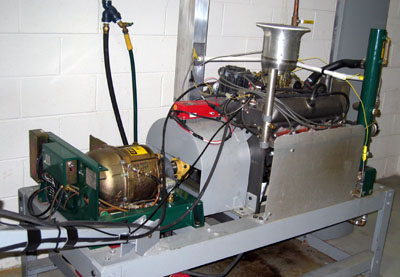 In addition, the lab houses a V-8 internal combustion engine for analysis of overall engine efficiency and emissions. Students also investigate the performance characteristics of a heat exchanger and perform various other experiments related to conduction and convection heat transfer.