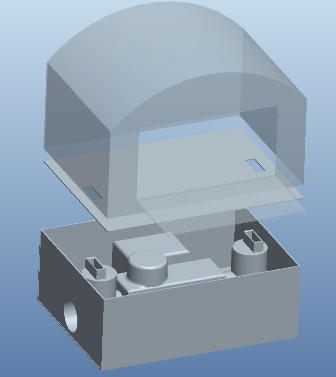 Infants born prior to37 weeks of gestation are referred to as premature. Premature infants have limited thermoregulation capabilities and immune development; therefore they are sensitive to fluctuations in the open environment. Prematurity is especially a problem in developing countries, where premature infants make up 25% of births. Inadequate access to healthcare means long travel times over long distances, thus establishing the need for a low cost, transportable infant incubation unit that can be used specifically for transit to a healthcare facility. This incubation unit is a TCNJ legacy project, thus several improvements have been proposed to the previous design. While aluminum will still be used for the housing and polycarbonate for the bassinet cover, the HVAC and humidity systems will be completely redesigned. In addition, a new heating source, typical heating coils found in appliances such as hair dryers has been proposed. In addition, SIMULINK modeling will be performed to analyze the thermodynamics of the incubator as well as a typical premature infant. Testing will be done using a test baby model made of aluminum of a similar size to a premature infant and with similar thermal characteristics.